The Three Sons of Henry Scudder, Yeoman of Horton Kirby, Kent: A Season of Political Upheaval with Effects on Life Circumstances of Each Son

This is the first in a series of articles to appear in the next few issues of Scudder Family Historical & Biographical Journal about the sons of Henry Scudder [i], yeoman, of Horton Kirby, Kent. This brief summary of conditions in their homeland gives context to the life choices each son would make. 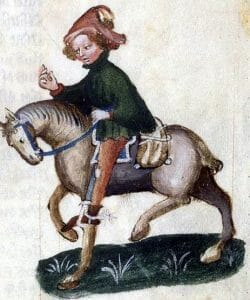 The birth of HenryA Scudder of Horton Kirby, Kent occurred sometime about 1552 and his early childhood coincided with serious political turbulence in England. Under King Henry VIII, England had already separated its own state religion from the Catholic Church at Rome. Henry VIII had expanded his power and that of the English church and imposed the theory of the divine right of kings. After his death, his son Edward VI, issue of Henry VIII and Jane Seymour, was crowned when only nine years of age, necessitating a regency council until Edward’s death in 1553 at age fifteen. Discovering Edward VI’s terminal illness, and in order to prevent a return of the nation to Catholicism, he and his council named Lady Jane Grey, his father’s great-niece, as the heir of Edward VI instead of Edward’s half-sisters Mary and Elizabeth. Mary was the daughter of Henry VIII and Catherine of Aragon, Spain. 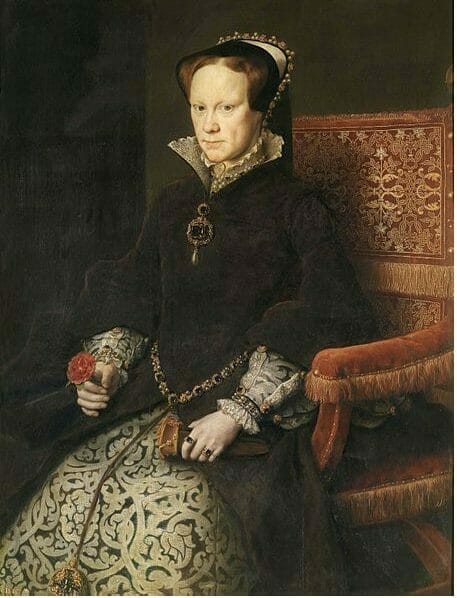 The dispute that followed quickly deposed Lady Jane and installed Mary I as Queen in October of 1553. Mary I, also known as Bloody Mary, immediately overturned the religious laws put in place by her predecessor Edward VI and by her father Henry VIII. She again imposed Catholicism as the state religion and this change was greatly opposed by many of her subjects. Mary I married Prince Philip of Spain on July 25, 1554, which created more fear that the English would lose their autonomy politically and religiously. Bloody Mary I, by her infamous Marian Persecutions, burned nearly 300 Protestants at the stake before her death on 17 November 1558.

Mary I was succeeded by her half-sister Elizabeth I who restored Protestantism to the realm. She was the daughter of Henry VIII and Protestant sympathizer Anne Boleyn. At Elizabeth I’s ascension, there was already a reform movement building among the Puritan wing of the English church. Sometimes Queen Elizabeth I was friendly towards Puritans and sometimes not. 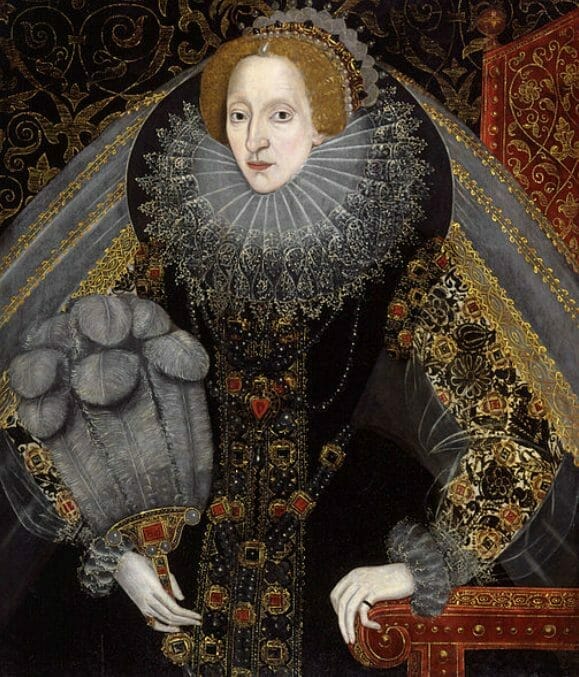 The remainder of the life of HenryA Scudder, yeoman of Horton Kirby, Kent, was set within this national struggle. His religious and political inclinations were not recorded; however, the subsequent choices of his three sons indicate that there was sympathy in HenryA’s family for the objectives of the reform movement within the English national church.

When HenryA Scudder, yeoman of Horton Kirby, made his will on 24 September 1594, he named five daughters and three sons. Only his eldest daughter Elizabeth1 was clearly shown to be of age suggesting he married by 1573 and was thus likely born by 1552. HenryA’s three sons were definitely stated to be in their minority and not yet of age. He declared his namesake Henry1 as his eldest son and John1 as his youngest. The devising of property to each clearly shows Thomas1 to be the middle son. No birth or christening records exist for HenryA’s family so estimated dates have been given based on birth order mentioned in his will and with consideration of other records available for the sons. 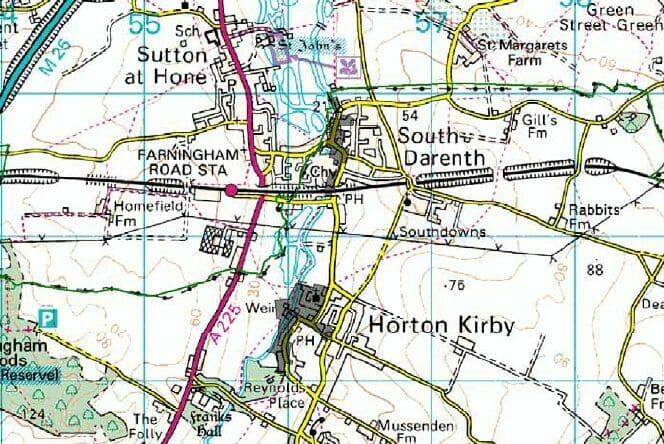 Nucleus of the Properties of HenryA Scudder

Review of Their Beginnings

In our last issue, April 2019, we published 3 articles that explained “CORRECTION #1” to prove that the locality roots for virtually all American Scudders go back to the multi-generational family of Horton Kirby, Kent. The pressing need for again advertising this correction of the places of origin for the Puritan immigrants to Massachusetts was explained in “Straight from the Horse’s Mouth: Time Again to Separate Scudder Facts from Fiction.”. In addition we published “Our Story Begins with Henry Skudder (Scudder), Yeoman of Horton Kirby, Kent” plus a copy of his will. Unfortunately, there remain many errors online that make HenryA from the wrong county and ignore that his birth had to occur in time to be more than fifteen years old when he married in time to have a child who was aged at least 20 in 1594.

Last month we promised that we would print in this May/June issue the transcriptions of three other pertinent wills and compare properties and people listed in these with that of the will of the above HenryA Scudder, yeoman. These prove the correct ancestral location of this family and the accurate roots of his son Thomas1 (T), the early immigrant to Salem, Massachusetts.

Diagram of Sons of Henry Scudder, Yeoman of Horton Kirby

Click on Family chart to read the detail better

The same three—Henry, Thomas and John—are named as sons of his “natural brother Henry Scudder deceased” in the will of William Scudder (Scooder) of Darenth, Kent, dated 27 July 1607; proved 4 November 1607.[5] In his will, William devises properties to his daughters, but in the event of their deaths without issue, he specifies which properties would then devise to his nephews Henry1, Thomas1 and John1. Explanations of evidence were included in the April 2019 articles as previously explained in Scudder Searches.

We caution that there were a number of Scudders in Kent county with similar names which should not be confused with this family, including another but different Henry Scudder of Horton Kirby, Kent, miller, who made his will six weeks after the yeoman Henry’s will was proved. This other Henry had a different wife and children and only a small amount of property.[6]

We refer the reader to this statement by the jubilant editors of Scudder Searches as they initially announced their success in proving American Scudders’ common English ancestor and shared their published transcriptions of the pertinent wills in several issues, 1992–1993: 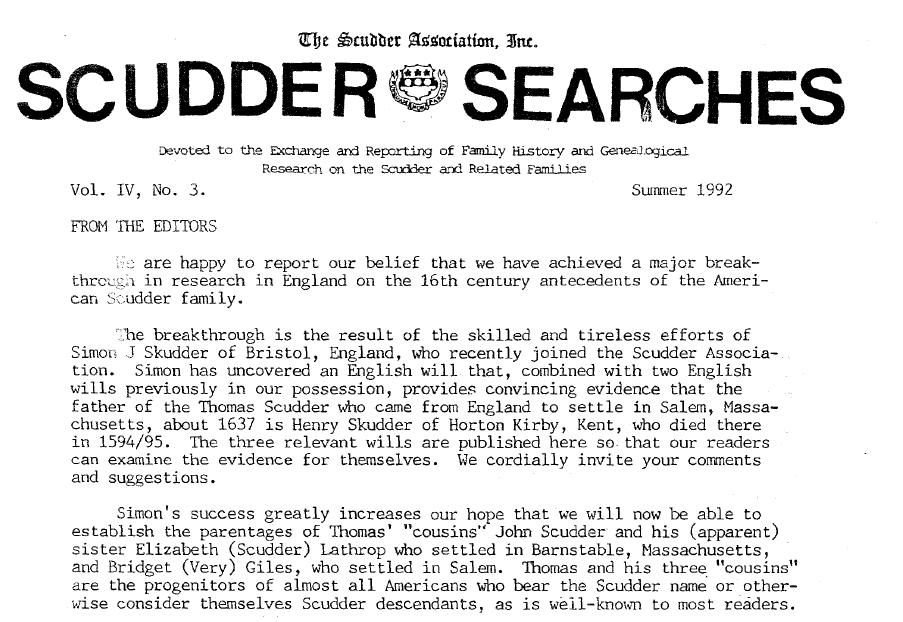 It took another research step and another publication or two to firmly establish that Thomas1 (T) was son of HenryA of Horton Kirby and that John2 (J) and Elizabeth2 (E) were not “cousins” but Thomas (T)’s nephew and niece. (See diagram above.) These relationships, including to another “cousin” Bridget Giles, will be discussed in future.

As promised in the April 2019 issue of the Scudder Family Historical & Biographical Journal, we now reprint from Scudder Searches the wills of William Scudder of Darenth, Kent,[8] the will of his widow Margery Scudder, 1626, by then of Newington Butts, Surrey,[9] and the 1651 will of Rev. Henry Scudder, Minister of Collingbourne Ducis, Wiltshire.[10]

Next time: “CORRECTION #2. Thomas1 Scudder (T), Immigrant, Did Not Marry Elizabeth Lowers! She Was Another Man’s Wife!” This old error has been corrected several times by Scudder Association publications since 1981 but in the next issue of our journal we will try again to end this glaring mistake that is unfortunately still misinforming parts of the genealogy world.

As promised for this May/June 2019 issue of our journal, we publish this month these reprints of the wills of William Scudder of Darenth, 1607,  his wife Margery, reg. 1626,  and will of Rev. Henry Scudder of Collingbourne Ducis, 1651. Other pertinent wills and articles from Scudder Searches will be reprinted in near future issues in our ongoing series about the sons of HenryA Scudder, yeoman of Horton Kirby.